Employment support: A safety net or a youth employment guarantee? 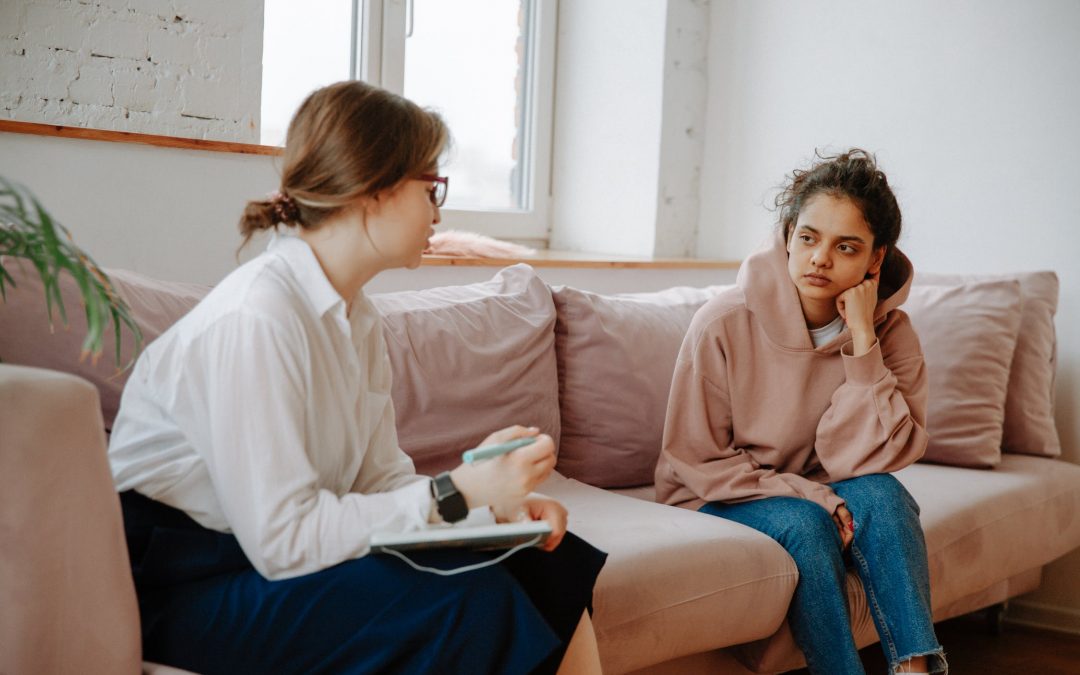 In the debate about youth homelessness and the need for a strategy to end youth homelessness, employment services plays a critical role but is often left out. Instead, rethinking early intervention comes to the fore as exemplified by the theme of this issue of Parity, but accompanied by the companion issue of more accessible youth specific and youth-appropriate housing options. We suggest that the issue of youth employment has too often been sidelined or suffered from problematic policy and programs.

Young people who become homeless while still secondary students have a high risk of leaving school early. A corollary of this point is that many of those young people leaving school early will tend to experience long-term disadvantage including a high risk of homelessness at some point in their lives. A young person who leaves home but is able to obtain relatively stable employment is unlikely to experience homelessness. Other issues such as mental health and drug and alcohol use can complicate the lives of young people during adolescence and young adulthood. While the Covid Pandemic has had is greatest health impact on elderly Australians and people with compromised immune systems, its impacts on young people are more the disruption of their education and employment prospects, compounded as well by mental health issues due to imposed isolation. Also on-going technological change is dramatically shifting the dial on the nature of employment in so many ways.

During Australia’s decades of full employment after the second World War to the early 1970s, the average unemployment rate was less that two percent. Many young people entered the workforce much earlier than they do now and could leave the family home and live independently. When workers needed a benefit when they were not employed and help to find a new job, the Commonwealth Employment Service (CES) was the government agency there to provide that assistance. So much has changed since then.

Sustainable employment pathways and viable careers are a major life issue for a generation of young people in Australia. The part-time and casual employment of young people was hugely disrupted by Covid in 2020. In August 2021, the Australian Bureau of Statistics (ABS) reported that 279,800 young people currently remain not in employment, education or training.

We want to be involved in creating something we understand and not be thrown into a system.

By the time of the recession in the early 1990s, a Labour Government under Prime Minister Keating initiated a series of reforms under the rubric Working Nation to ‘promote the development of community and private sector case managers and to ensure fair competition between the CES and other agencies’. A strengthening of the CES was envisaged whereby the CES would provide intensive assistance to long-term unemployed and disadvantaged job seekers, administer the Job Compact and the Youth Training Initiative. Many of the CES services were began to be tendered out to employment agencies during this time.

The Howard Liberal Government won the 1996 election and by 1998, the CES was wound up, to be replaced by Job Network (now jobactive), a market place of competing employment service agencies. A government run job agency, Employment Assistance Australia (EAA) later to become Employment National continued until it too was wound up. In 2009, a Labour Government renamed Job Network as Job Services Australia and created five streams of assistance according to levels of disadvantage, Stream 4 being for the most severely disadvantaged job seekers. Since 2013 when the federal Government changed again, there have been further changes. In 2015, Job Services Australia became Jobactive; compliance requirements were tightened and the readjusted program started to attract criticism, such as this comment from a provider providing testimony to the National Youth Commission: ‘Jobactive is currently a one-size-fits-all model, and this can mean that a lot of individuals, depending on their circumstances, can actually benefit more from a tailored support model and unfortunately due to the structure of our current model, they can often slip through the cracks’ (Paul Costigan, Matchworks, Bendigo VIC, 27 June 2019). A stream of complaints and discontent started to be heard from participants – ‘poor service’, ‘baffling decision-making’, ‘alleged rorting of taxpayers money’ and payments for services provided when clients found their own jobs.

During all the changes wrought on the employment support services and labour market programs, the Jobs Placement Employment Training (JPET) program which begun following the Burdekin Report in 1989 was specifically designed to support young people who were homeless or at-risk of homelessness and severely disadvantaged. An evaluation of JPET in 2000 found that the program had very positive results across a range of domains but ‘little impact in relation to work experience’. The local context and level of integration amongst youth services was said by some to be a major part of the problem. Amazingly, this program operated until 2015 when the Federal Government absorbed JPET into the new streamlined Job Services Australia reshaping of employment support.

Currently, the Transition to Work (TtW) program funds services to provide practical support and work experience to build the skills, confidence and work readiness of young people who left school early or had trouble transitioning from education to employment. The providers of Transition to Work collaborate with local community organisations that offer complementary services to support young people to overcome barriers such as homelessness, mental health issues or substance abuse to achieve employment and education outcomes. To some degree, the TtW program has filled the need left by the closure of JPET. It requires organisations to work collaboratively with other services, and there are inherent risks and costs in such an approach.

TtW seems to have been a more effective program for supporting young people to transition into the labour market, however given funding levels, the majority of unemployed young people will not be able to access this service. TtW funding of $481.2 million over four years will allow for a national case load of 41,000 young people. The current TtW caseload is approximately 38,900, therefore the increased funding only provides for an additional 2,100 young people to enter this program.

The indicative caseload of 41,000 young people to be supported through the TtW program represents only about 15% of the approximately 280,000 young people, a far from adequate response to support the needs of young people disengaged from education, training and employment.

Given that Transition to Work and the New Employment Services Model operate in a commercial environment where providers are paid on a transactional basis, it is anticipated that many of the flaws that have made Jobactive unfit for purpose, will resurface unless concentrated efforts are made to change the culture of the organisations delivering these services. This includes changing the focus from profit motivation and business growth to one that is client-centred and more genuinely community-based.

Considerable funding has been invested in the Youth Foyers model which combines supported accommodation with a condition of participation in education/ training/ employment pathways programs.  Foyers support young people aged 16 to 24 years who are at risk of or are experiencing homelessness to achieve their educational and employment goals in stable, secure but temporary supportive housing. There are several variations of the model around Australia and some operate much like student accommodation associated with TAFE colleges and universities. However, many of these foyers do not appear to be drawing most of their young residents from Specialist Homelessness Services (SHS). The logic of the model is compelling, but given that the model is expensive, some reforms are probably needed for foyers to make more impact on the twin problems of chronic youth unemployment and homelessness.

A key element of the Morrison Government’s October 2020 Federal budget was JobMaker which promised $4 billion over two years to provide an employer subsidy to hire young people. The hiring credit paid to employers included up to $200 a week for young people aged 16 to 29 years who were on JobSeeker, Youth Allowance or the Parenting Payment, and $100 a week for 30 to 35-year-olds. The government announced that this initiative would create 450,000 new jobs for young people. This was a big ticket item.

It has been reported that there has only been a one percent take-up twelve months on – pointing to a significant policy failure. This is not the first employer subsidy program to fail – many others that have come before it have disappeared into the policy failure blackhole. Successive governments have operated on the false premise that by providing employer subsidies to the private sector employment will be stimulated. Its wishful thinking. Until such programs are youth-centred and involve young people in co-designing them they will continue to fail.

Within the youth homelessness and broader homelessness sector we have known for decades that homeless young people have comparatively low education attainment levels and high unemployment rates. Yet even with this knowledge it continues to be a challenge that evades us.

From the standpoint of disadvantaged young people, the employment support system is a bit of a mess! The Labour Market Programs designed for their benefit do not have a good record of changing the life course for those most in need.

Clearly, a ‘one-size fits all’ approach does not work. Young people with multiple issues require flexible integrated support, stable supported accommodation for those already homeless coupled with programs to provide for education recovery and vocational training coupled with viable pathways to real employment. The National Youth Commission into Youth Employment and Transition proposes a Youth Employment Guarantee, the promise of sufficient support until a viable livelihood and independent life is secure.

Watch: Youth perspectives on a strategy to end youth homelessness

Hear from Samantha Wilson, Elvis Martin, Danni Forster, and Ryan Clark in a discussion about what a national, state and territory strategy will mean for them and their ideas for policy change.

This article was originally published in October 2021, Volume 34, Issue 08 of Parity Magazine.

Keith Waters is the CEO of Youth Development Australia Ltd and Dev Mukherjee is a Senior Researcher at the National Youth Commission Australia.